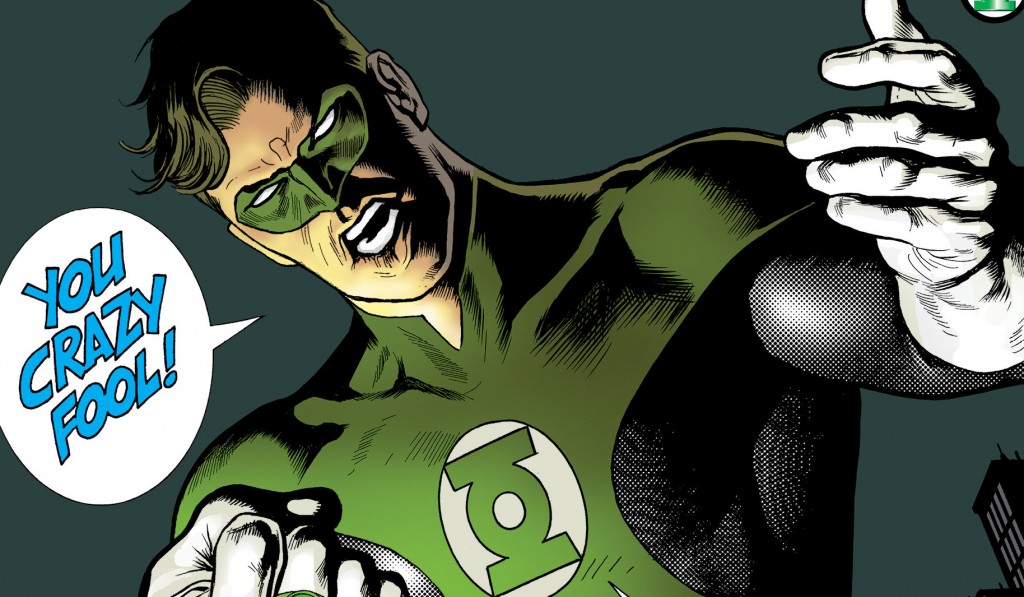 Imagine it’s your first day of school, and for the sake of the argument let’s just assume it’s a brand new school where you have to find new friends in order to make the adjustment process a little bit easier. Working together with complete strangers who might share a different ideology is perhaps one of the more difficult aspects of humanoid life. Of course when you factor in power rings things become even more complicated. So where does that leave the new partnership between the Sinestro Corps and The Green Lantern Corps? There will be spoilers going forward, you’ve been warned.

It needs to be said immediately, that it’s so good to have Rafa Sandoval back. It hasn’t even been that long since Sandoval was on the book, but whenever he does come back it feels like a breath of fresh air. The final stretch of pages with Kyle and Hal as they search the unnamed planet for Saint Walker are absolutely gorgeous, the detail on the giant pterodactyl aliens and the amazing double page splash with the pizza looking layouts gave the action sequence a livelier feel. Every issue Sandoval does his storytelling gets better and better with his character acting in particular. John Stewart’s speech carries a lot of weight because of how Sandoval positioned Stewart. Speaking with authority is one thing but having Stewart give off the commanding presence lends credence to the scene.

One major criticism I had was the reveal of Saint Walker at the end of the issue. Now don’t get me wrong I love Saint Walker and it’s been quite a while since he’s shown up in any book centered around Green Lanterns. Even though I enjoyed the build up to Saint Walker, it lack any real power. Normally I blame the cover in this instance, but given that Venditti more than likely has no control as to what the covers will look like, instead of me as a reader being super excited to see Saint Walker, I but expected it. Now the story isn’t ruined for as I still enjoyed the issue. It would have been a better twist if it was a different Blue Lantern when readers expected Saint Walker.

Another minor nitpick I had was the quick hug and goodbye between Hal and John and sequentially the rest of the Green Lantern Corps. I get that Venditti wants to keep the pace moving but after so much time apart another breather issue wouldn’t have hurt. It does make sense that the entire cast would want nothing more than to resume some sense of normality, another issue of Green Lanterns bonding would have been fine by me.

It’s been quite some time since Venditti wrote Kyle and I chuckled at his dialog, and his banter with Hal. Reading Kyle Rayner as the carefree artist again was nice. Interesting enough, seeing Hal with a more intense attitude felt a bit awkward but it worked fine in this dynamic with Kyle. Stealing Kyle’s words the banter between both of them felt like I was watching two brothers try to achieve a goal.

Hal Jordan & The Green Lantern Corps remains a consistent book in both story and art, while I’m not a fan that I knew Saint Walker would be in the issue it didn’t detract from my enjoyment. Sandoval continues to wow my eyes with his amazing art.