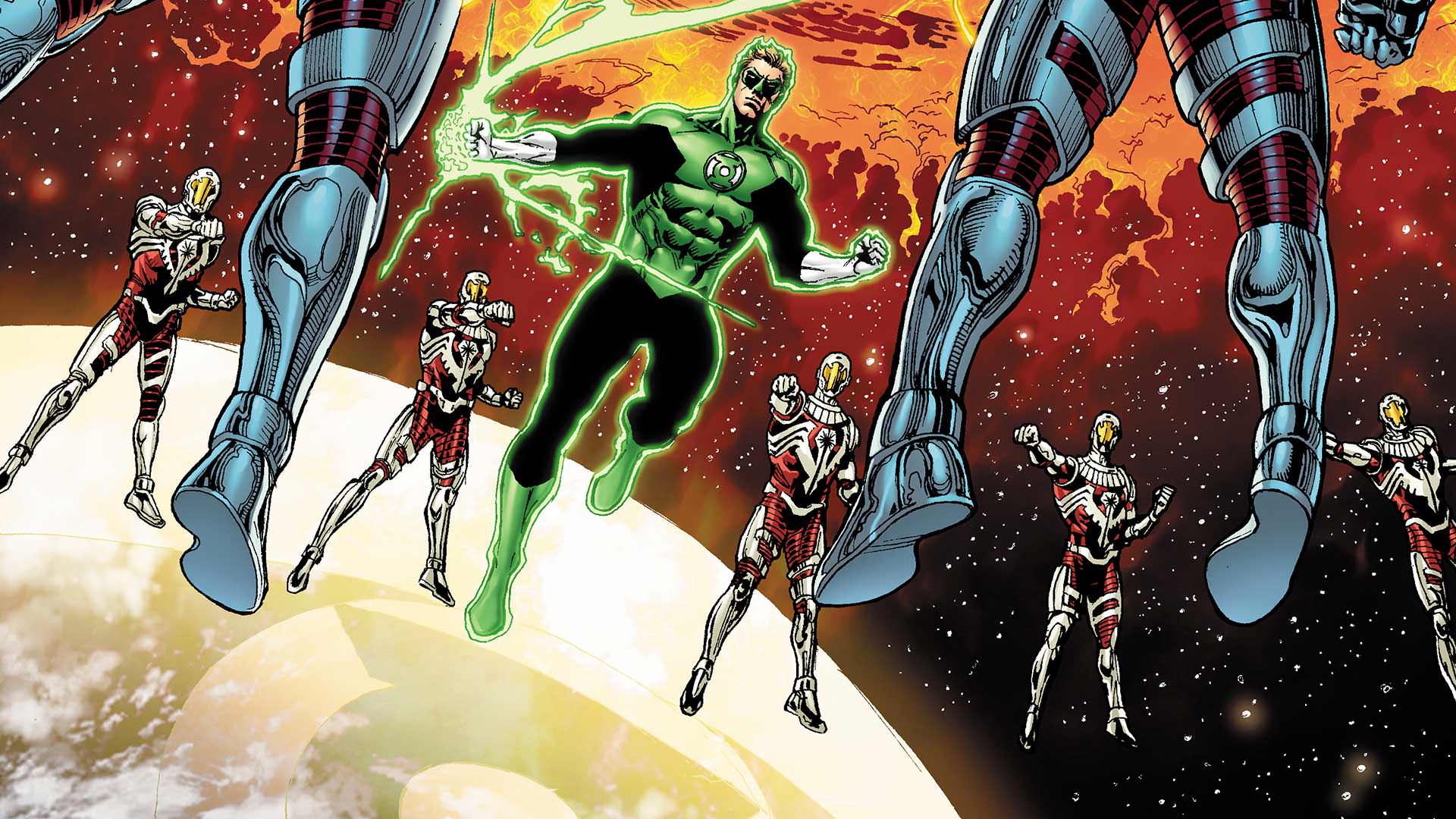 Have you ever experienced something that truly opened your eyes? Or at least known someone who believes their life has changed? In my experience that eye opening experience isn’t always a healthy one, and slowly but surely you or someone else morphs into something that is unrecognizable. Sometimes a new perspective isn’t always a good perspective. Warning the following review will contain spoilers. So remember to read your comic before reading further. You have been warned.

If there’s one thing that I deeply enjoy about Venditti’s writing is his ability to create tension that escalates at just the right time. Right off the bat this issue looms with the new threat of the Darkstars, but just at the right time the Darkstars make their presence known. I understand that this might seem like something that shouldn’t be hailed as a quality writing skill, but when you read a number of comics where the tension ceases to exist you tend to appreciate when tension building is done well. Even during quieter moments, like the scene between Hal and Tomar-Tu oozes with tension, the the release is felt when you get a glorious splash page showcasing the force of the Darkstars.

This comic could have fallen apart if the dialog between Hal and Tomar-Tu didn’t hit the emotional beats it needed to. The beautiful aspect of this particular scene is how it carries the history between these two characters and it’s approachable. New readers understand that Hal see’s that his friend has turned to the darkside and only wants to bring him home. Where as long term readers will get more out of it because of their personal connection to the series. Even though Hal comes off as defiant and confident that he can persuade Tomar-Tu to return with him, I couldn’t help but feel a bit of defeat coming from Hal. That he knows at this point that Tomar-Tu is beyond the point of saving but because it’s his friend he doesn’t give up.

As for Tomar-Tu himself, Venditti is taking the classic “the universe is broken and only I/we can fix” approach. That’s not a complaint mind you, after all why mess with a formula when it works so well. However this formula only works in this situation if you believe in what the villain has to say, and boy Venditti delivers a excellent reason to why Tomar-Tu gladly accepts his new role. He connects the rise of the Darkstars to the failings of various corps and how none of them have managed to bring stability to the galaxy. You can feel the sincerity in his words, but in a way it continues to make Tomar-Tu more tragic. He’s tried the side of justice only for so many year, and you know that deep down it has to hurt him somewhat to turn on his former corps. That could be me projecting but that’s what I see withing Tomar-Tu’s monologue.

What really sells this issue is Rafa Sandoval’s art. Forgive me while I go back to Tomar-Re again but I love Sandoval’s rendition of him. If you’ve seen Tomar-Tu before, he’s always appeared stoic, full of pride in regards of being a Green Lantern. This Tomar-Tu is a completely different character, his eyes are filled with anger.His body language signifies intensity his entire demeanor has changed along with his new post. I know that I constantly praise Sandoval’s storytelling but there were some glorious splash pages that ooze with awesomeness. Hey DC, please make a poster out of the glorious splash page featuring the Green Lanterns charging into battle. Another home run for Rafa Sandoval.