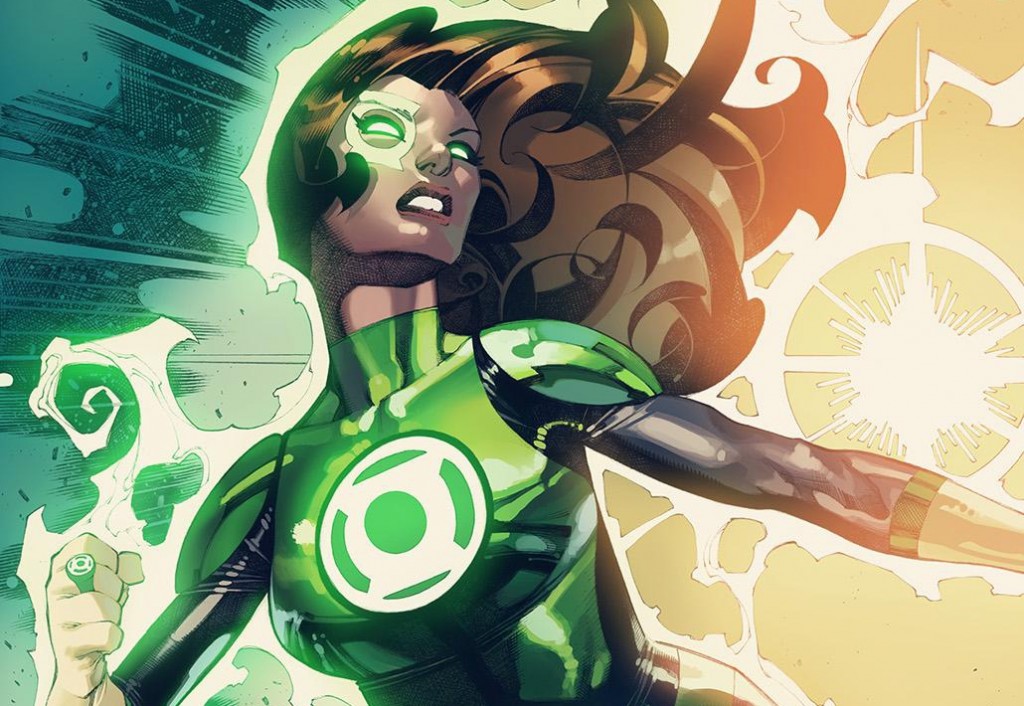 I was pretty harsh with my last review of Green Lanterns, a series that like most has its up and down moments. Not every comic can be perfect, not every comic can be ground breaking. Despite my negativity I want to at least have some silver lining before this series goes the way of the dodo. As always be sure to read your comics before reading this review, unless you want your share of spoilers. You have been warned.

Listen, I’m all for villains with deep complex motivations who question the very nature of our society. Those are the best kinda villains, the ones who we as an audience can relate to. Our dark desires come to fruition. However this is comic books after all, and that means for every nuanced villain, we have our fair share of hokey villains. Despite my criticism of Cyborg Superman’s reveal, his presence in this issue almost makes up for it. Sometimes you just want a villain to be maniacal and that’s what Jurgens does with Henshaw in this issue. Whether he’s inspiring his legion of soldiers to a better world, or tearing apart The Green Lantern Corps, Henshaw revels in it. Honestly I don’t really expect anything less, given that Jurgens did create Cyborg Superman but for the first time in a long time I’m actually enjoying his character in a comic.

Seeing our favorite heroes backs up against the wall is nothing new. So seeing The Green Lantern Corps reeling from their last battle, as they come back to a Mogo they barely recognize. Even though the Green Lanterns won, the seed of doubt creeps as they question Baz’s loyalty. Even though the scene between the Green Lanterns and The Guardians main focus is the exposition, the flow itself feels like I’m watching a tense sense in a epic drama. While it may seem easy, one of the tropes I constantly see within certain comics, is that exposition is just treated as a info dump and it causes the pacing in a comic to grind to a halt. Once this scene starts, you can feel the tension rise as they list off the problems the Corps are currently dealing with, until Henshaw makes his presence known. One thing I need to give credit to Jurgens is that I’ve never seen Mogo give a death cry. I wish this particular moment was better emphasized, but the impact is still there. I’m hoping that Jurgens plans to follow up on the ramifications of Mogo on it’s death bed in some fashion.

While I’ve enjoyed the art for the past several issues, Mike Perkins returns and you can practically taste the grit in your mouth. First off I love that Henshaw’s armada is clearly inspired by Star Wars. the interior looks exactly like the interior of a star destroyer. Knowing that adds nothing to the story, but I love references like this one because it doesn’t interrupt the story and those who understand the reference will smile at it and move on. As for the rest of the issue, Perkin’s is a phenomenal artist, his storytelling is nothing short of excellent. His action scenes are dynamic and explosive. I was really impressed with his work on Henshaw. Perkin’s draws him as if he’s drawing Big Blue himself, which given the fact that Henshaw is a twisted version of Clark makes that choice feel oh so right. It’s a shame that Perkins pencils will only be on for a few more issues.

A better issue than before, but my feelings about this arc remain the same. More Cyborg Superman and Mike Perkins are please.