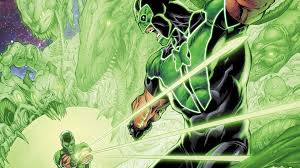 Prepare to enter a dark place, a place that only the downtrodden dare venture. Do you want to know where that place is? The answer may surprise you. The answer is your mind. No matter how mentally okay you think you are, deep down there’s something in your head that will ruin your perception of reality therefore messing up your day. Thankfully our own personal demons don’t manifest themselves into our physical dimension. That would be crazy! Warning the following review will contain spoilers. So remember to read you comic before continuing on. You have been warned.

Seeley has me perplexed as to what caused Jessica’s trauma, and yet at the same time I believe I have the answer. Having Jessica see her friends be killed by random strangers would traumatize just about anybody. However the deeper I examined this issue, and the ending gives me the final piece to the puzzle, I don’t believe seeing her friends killed is what caused her to become a hermit. It seems that Seeley is implying that Jessica actually murdered the two men who killed her friends. I wouldn’t be upset if Seeley’s goals are in a different direction but the writing seems to be in the wall. After all after Jessica see’s the death of her friends, she’s afraid yes but she doesn’t wilt like we’ve seen before.

One of the interesting ideas that Seeley presents is that this world that Volthoom created has been taken over by Jessica’s subconscious. It’s Jessica’s inner demons given physical manifestation and it’s sure unsettling. Most of that credit can be directed to Ken Marion’s pencils. The Power Ring’s do have a zombie feel to them, but the minor detail that their bodies encompass the ground is a nice touch when you remember that one of them tells Simon about how peaceful the dirt is. What made this scene absolutely creepy was the various Power Ring wielders was how passive they were. Yes they were hostile but their dialog felt so inviting. If Seeley’s job was to make me feel uncomfortable then mission accomplished.

One thing I didn’t expect was for Simon take on his internal demons, in a physical sense. The evil twin from a parallel world is a trope that has existed in sci-fi for quite sometime and under the wrong hands it can be extremely cliche. In this instance, Simon facing off against Solomon makes Simon realize how crucial his partnership with Jessica actually is. It’s serves as such a gut punch when Simon realizes what this Green Realm can present to people and it’s danger to Jessica. While the encounter between the counterparts was short lived, the scene itself delivered it’s intentions with great execution.

Ken Marion pencils grace us, and if there’s one word that I can use to sum up his work on this issue is visceral. I’m not just talking about the actions scenes, there’s a level of intensity in both Jessica and Simon’s stories. In regards to Jessica, the entire story is told through her facial expressions. Whether it’s her friends being murdered or her feeling sorry for the Deer that she killed while hunting, it allows the reader to connect with Cruz on a deeper level than a wordballon can provide. Plus the fight between the two Baz’s was a brutal fight, I could feel each blow as they landed. While I’ll never be a fan of switching artist mid arc, Ken Marion’s pencils make me forget about it once I finish the comic. Another solid job and I am looking forward to see how this arc ends for both our Green Lanterns.