From characters such as Cyborg, Nubia, Bumblebee, Mister Miracle Shilo Norman, Vixen, Steel and Black Lightning, to Milestone characters such as Static, Icon & Rocket and Hardware, to new heroes such as Tim Fox, The Next Batman and Naomi, DC boasts a proud tradition of Black Super Heroes populating its colorful universe.

But as DC’s first Black Super Hero, and since his first appearance on the cover and in the pages of Green Lantern #87 on October 28, 1971, John Stewart has worn the ring of the Green Lantern Corps with honor, dignity, and unparalleled courage. On June 22, 2021, DC recognizes this trailblazer with a hardcover collection of his greatest adventures!

END_OF_DOCUMENT_TOKEN_TO_BE_REPLACED

Now online! While the final attack on Apokolips is planned, Guy Gardner has an altercation with Sinestro on Earth.

This is the 2nd to last episode. The next episode will be the finale.

DC Universe Infinite is presented in a sleek, newly designed app with updated personalization features and an enhanced comic reading experience. Current DC UNIVERSE subscribers will not need to create a new account, as their DC UNIVERSE login will transfer to DC Universe Infinite. Fans can download comics, graphic novels and originals for unlimited offline reading on their favorite devices from a smartphone or tablet.

END_OF_DOCUMENT_TOKEN_TO_BE_REPLACED

Beginning on April 6, DC’s Green Lantern Corps are back in a new Green Lantern #1 by Geoffrey Thorne and Dexter Soy! Spinning out of Future State: Green Lantern and Infinite Frontier, John Stewart is at the center of the new series—plus Young Justice’s Teen Lantern and Far Sector star Sojourner “Jo” Mullein! As this new Green Lantern saga begins, the newly formed United Planets and the Guardians of the Universe hold an intergalactic summit to decide who can best serve and protect the cosmos from danger.

END_OF_DOCUMENT_TOKEN_TO_BE_REPLACED

The DC Universe enters its next phase this March with the release of Infinite Frontier #0, a 64-page one-shot from the most creative and innovative storytellers in comics that sets the table for new tales, talent, and characters for 2021 and beyond.

END_OF_DOCUMENT_TOKEN_TO_BE_REPLACED

Here we go again! Your special time to glimpse into the future of the DC Universe is here. Are you ready to journey into the Infinite Frontier?! Are you ready to cap off Grant Morrison and Liam Sharp’s second season? ARE YOU? Well fine, lets get this started then shall we?

END_OF_DOCUMENT_TOKEN_TO_BE_REPLACED

From the Future State to the state of things, congrats are in order for Geoffrey Thorne & Tom Raney, the new creative team for Green Lantern #1 coming in March. The news comes from the annual CCXP event in Brazil. Thorne and Raney (writer and artist) will be fresh off their John Stewart leading Future State: Green Lantern “The Last Lanterns” storyline as they kick things into gear with a new number one issue.

END_OF_DOCUMENT_TOKEN_TO_BE_REPLACED

Today, the Warner Bros. Pictures Group announced that it has committed to releasing its 2021 film slate via a unique, consumer-focused distribution model in which Warner Bros. will continue to exhibit the films theatrically worldwide, while adding an exclusive one month access period on the HBO Max streaming platform in the U.S. concurrent with the film’s domestic release. The hybrid model was created as a strategic response to the impact of the ongoing global pandemic, particularly in the U.S. Following the one month HBO Max access period domestically, each film will leave the platform and continue theatrically in the U.S. and international territories, with all customary distribution windows applying to the title. All films will be available in 4K Ultra HD and HDR on HBO Max. This announcement was made today by Ann Sarnoff, Chair and CEO, WarnerMedia Studios and Networks Group (of which Warner Bros. is part) and Jason Kilar, CEO, WarnerMedia.

END_OF_DOCUMENT_TOKEN_TO_BE_REPLACED 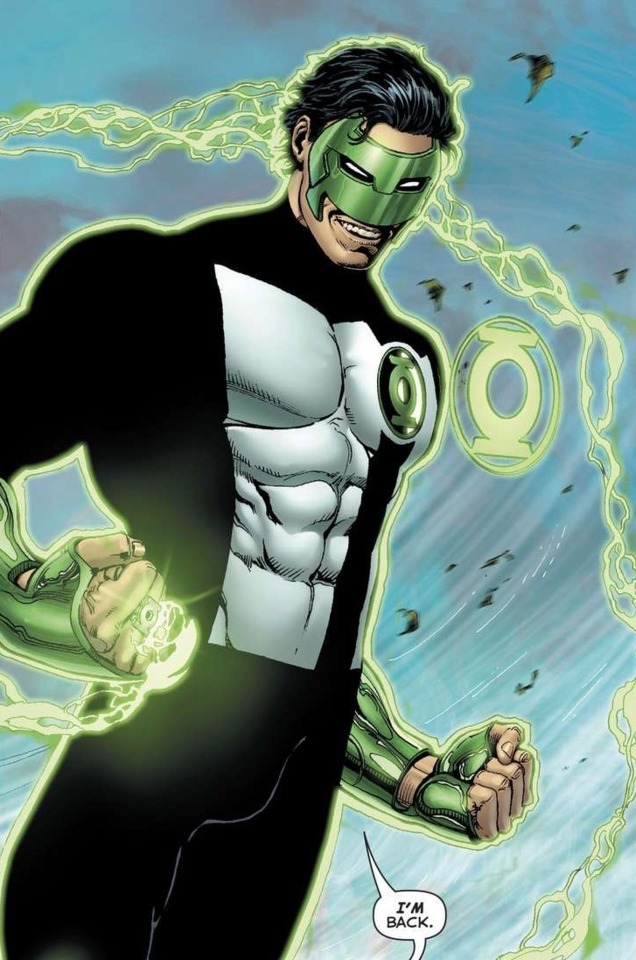 Since appearing in the Green Lantern 80th Anniversary special back in June, Kyle Rayner has been conspicuously absent from comics. To be fair, Grant Morrison’s “The Green Lantern” makes no bones about being Hal-centric (though is also surprising, as Grant Morrison was a huge advocate and proponent of Kyle during his initial well-received “JLA” days), so it’s not completely unexpected. As such, and without even a Green Lantern Corps book anymore to deposit him (and all of the other estranged GLs)… he appears to be a character without a home.

For those unaware, beginning with “Emerald Twilight” in 1994 and concluding with “Rebirth,” ending in 2005, for 11 years Kyle Rayner was the only Green Lantern in comics. Alan Scott was quickly shuffled into the moniker of “Sentinel,” John Stewart was made into a Darkstar, and Guy Gardner went on adventures with a then-dead Sinestro’s yellow ring (later, his Vuldarian Warrior days). He was the guy carrying the torch for more than a decade, a literal “Torce Bearer.” Not only did he basically bring Hal back from the dead, he also resurrected the Guardians (who history seems to often incorrectly paint that Hal killed… he did not, they very clearly suicided in GL Vol. 3 #50) and repowered the Central Power Battery, single-handedly making it possible for the Green Lantern Corps to return (which it did, in “Green Lantern Corps: Recharge”).

Now, for a generation, perhaps two… Kyle was their guy, for better or worse. It is true, many pre-existing Hal Jordan fans felt slighted, and those who have been around the books long enough remember the HEAT days (Ha’s Emerald Advancement Team) whose dreams and desires would one day become fulfilled at the hand of Geoff Johns.

Now, there is the question of where he would go in a new DC comic today. There appears to be this general idea since “Green Lantern: Rebirth” that Kyle Rayner could only ever be placed in an ensemble cast book. We saw that in multiple volumes of “Green Lantern Corps,” we saw it in the “Countdown” books, we saw it in “Green Lantern: New Guardians,” we saw it in “Omega Men.” There was only one time Kyle was given a shake in a solo run, and it was Ron Marz’ “Ion” series, that was actually supposed to be an ongoing before Geoff Johns decided to yank Kyle out of that and make him a regular Green Lantern again in “Sinestro Corps War” where he would then proceed to go on to… basically blend into the background in the aforementioned ensemble books.

So where would he go? If not a solo book, why not a partnered up book? Kyle has always thrived in Earth-based stories, so let’s start with that. It has to be something that he can go and do these crazy adventures, ringslinging (whether it’s a Green ring or a White ring or something else is beside the point), but then at the end of the day he can still visit New York and have coffee at Radu’s before maybe working on some art. Who would the partner be? Kyle’s  always had a pretty vibrant romantic life… so perhaps a romantic partner? If Jade is brought back, a rekindling there would surely raise some eyebrows. Donna Troy, round two? Soranik? Maybe putting it back on with Carol? Or romancing Jessica Cruz?

What it shouldn’t take is 20 Deposit Casinos to make it happen. But we’ll see what they do as Grant Morrison wraps up his current run.