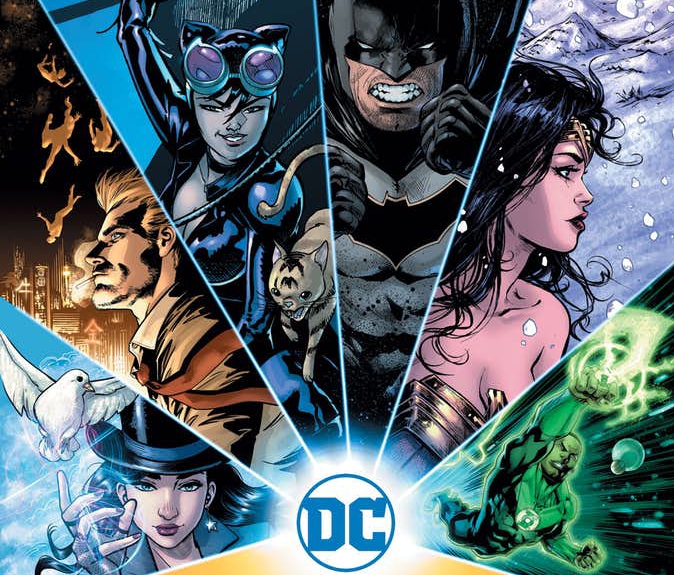 Oh no. The end is near. Well, 3 months from it will be. And by end I mean the end of the year.  Sigh. Here’s our glimpse into the future with the latest round of Green Lantern related solicitations for December. 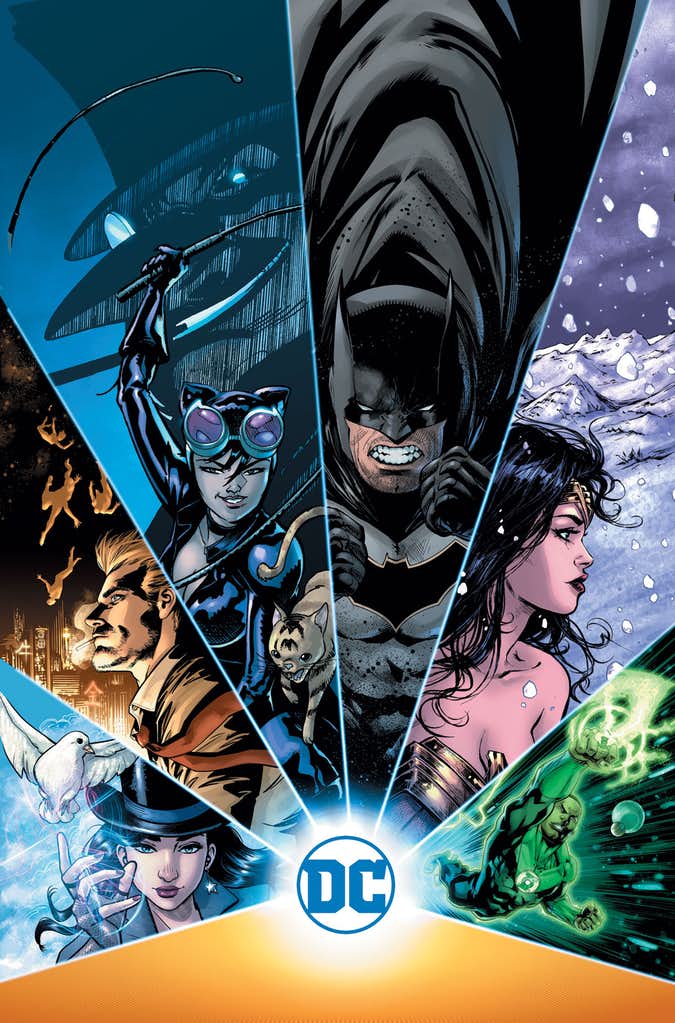 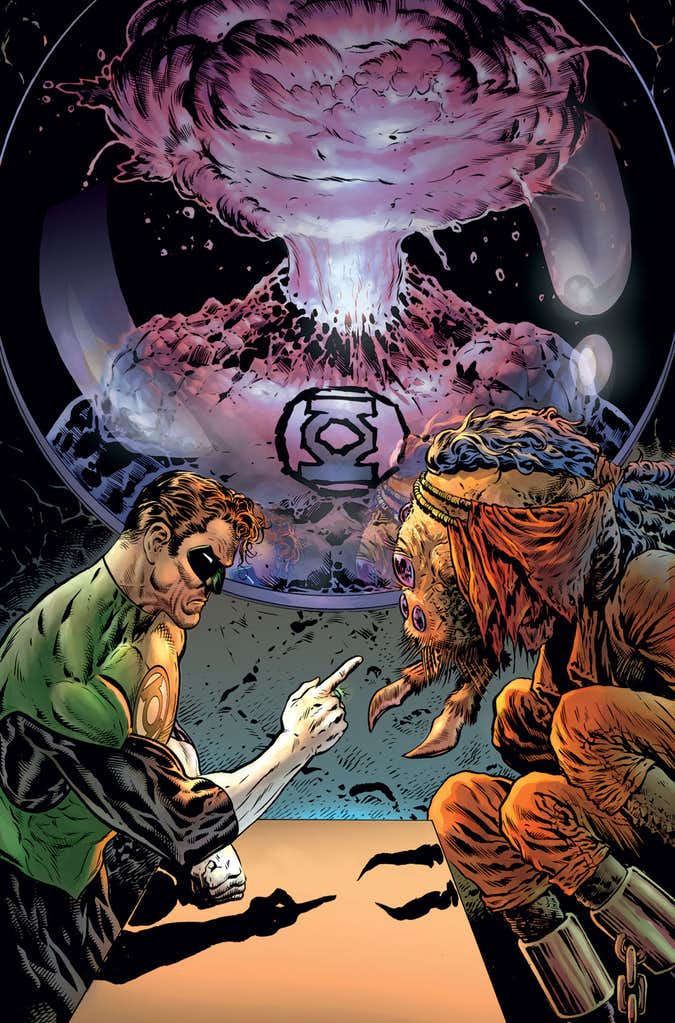 THE GREEN LANTERN #2
written by GRANT MORRISON
art and cover by LIAM SHARP
variant cover by FRANCESCO MATTINA
Someone is transporting a mysterious cargo out of the Great Void, and it spells trouble for the universe at large! Hal Jordan interrogates a member of the Spider Guild for answers and uses his pheremones as an interrogation tool, but can he extract the info in time?! Meanwhile, Volgar Ro makes a play for Earth while its emerald protector is off-world!
ON SALE 12.05.18
$3.99 US | 32 PAGES
FC | RATED T+
This issue will ship with two covers.
Please see the order form for details.

JUSTICE LEAGUE #13
written by JAMES TYNION IV
art by GUILLEM MARCH
cover by GUILLEM MARCH
variant cover by JAE LEE
It’s on—the Totality will totally total the Multiverse! What could possibly go wrong when the Legion of Doom gets their hands on it? Plus, what is the connection between JUSTICE LEAGUE and the new BATMAN WHO LAUGHS miniseries from Scott Snyder and Jock?
ON SALE 12.05.18
Each $3.99 US | 32 PAGES
FC | RATED T+
This issue will ship with two covers.
Please see the order form for details. 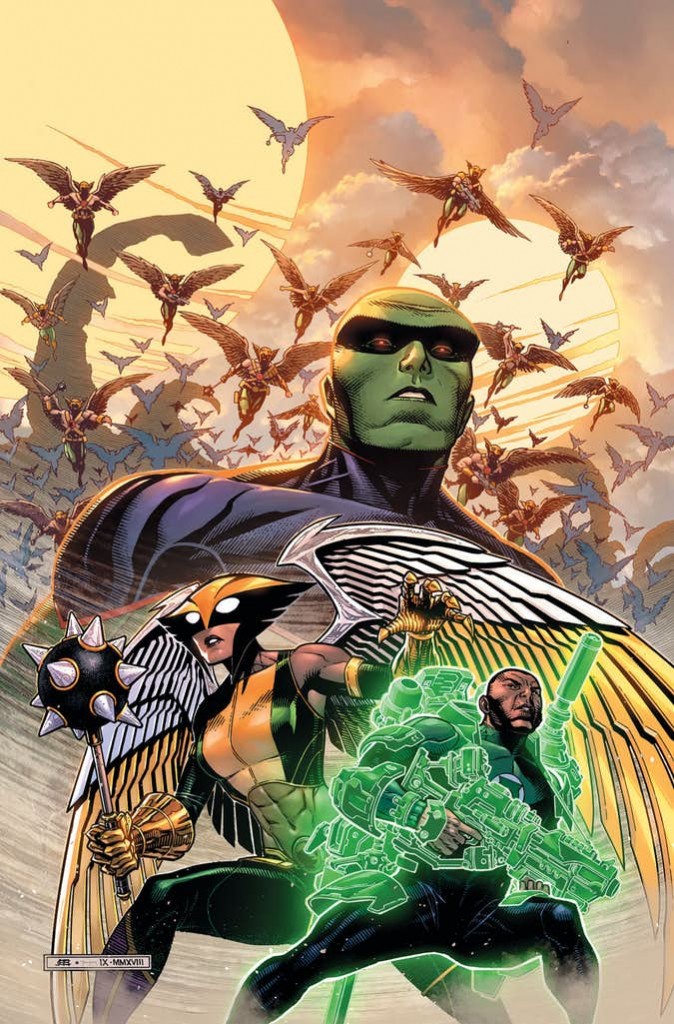 JUSTICE LEAGUE #14
written by SCOTT SNYDER and JAMES TYNION IV
art by STEPHEN SEGOVIA, JIM CHEUNG and MARK MORALES
cover by JIM CHEUNG
variant cover by JAE LEE
Let’s take a trip to “Hawkworld” in part one of a new Totality-related storyline! Martian Manhunter, John Stewart and Hawkgirl avoided “Drowned Earth” with a detour to Thanagar-Prime: J’onn looks to tap into the ancient Martian mental database, GL struggles while practicing his new UV powers, and Kendra searches for answers about her connection to the Totality.
ON SALE 12.19.18
$3.99 US | 32 PAGES
FC | RATED T+
This issue will ship with two covers.
Please see the order form for details.

JUSTICE LEAGUE ODYSSEY #4
written by JOSHUA WILLIAMSON
art by PHILIPPE BRIONES
cover by STJEPAN SEJIC
variant covers by TERRY DODSON and RACHEL DODSON
Next stop on the Odyssey—Planet Cyborg! The space-faring Justice League travels to a new world that worships Cyborg, and meets a population that’s obsessed with body modification in preparation for a galactic war. Cyborg and Azrael clash over whether to stop the simmering standoff or continue following the clues left behind by Darkseid. Elsewhere, Starfire and Green Lantern Jessica Cruz infiltrate the society’s upper crust in order to decipher the second language on the codex.
ON SALE 12.19.18
$3.99 US | 32 PAGES
FC | RATED T+
This issue will ship with two covers.
Please see the order form for details.

GREEN LANTERN: KYLE RAYNER VOL. 3 TP
written by RON MARZ
art by PAUL PELLETIER, DARRYL BANKS and others
cover by PAUL PELLETIER and ROMEO TANGHAL
In these 1990s tales, Kyle Rayner teams up with the Flash, Wally West, to battle a new version of classic Green Lantern villain Sonar. Then John Stewart stops in for a visit, and Kyle sets out on a journey to learn from the legends of the DC Universe how to be a better hero. First stop…Gotham City. Collects Green Lantern #66-75 and Green Lantern Annual #4.
ON SALE 01.09.19
$24.99 US | 296 PAGES
FC | ISBN: 978-1-4012-8571-5

HAL JORDAN AND THE GREEN LANTERN CORPS VOL. 7: DARKSTARS RISING TP
written by ROBERT VENDITTI
art by RAFA SANDOVAL, BRANDON PETERSON, CLAYTON HENRY, FERNANDO PASARIN and others
cover by TYLER KIRKHAM
The murderous Darkstars arrive en masse at Mogo to wipe out the Corps for good, so it’s all hands on deck to save the Green Lantern headquarters. Meanwhile, Green Lanterns Hal Jordan, John Stewart, Guy Gardner and Kyle Rayner make their respective battle plans, but time’s running out for a miracle. Collects issues #42-50.
ON SALE 01.02.19
$19.99 US | 224 PAGES
FC | ISBN: 978-1-4012-8564-7

GREEN LANTERNS VOL. 8: GHOSTS OF THE PAST TP
written by TIM SEELEY and AARON GILLESPIE
art by RONAN CLIQUET, V KEN MARION and ROGE ANTONIO
cover by BRETT BOOTH and NORM RAPMUND
In these stories, Jessica Cruz must find a way to defend herself against a ring that is making constructs against her will, as she’s been pulled into a nightmare world created from her own memories. And as Simon Baz and the Justice League try to find her, they turn to an unlikely ally for help: John Constantine! Collects Green Lanterns #44-49.
ON SALE 01.30.19
$16.99 US | 144 PAGES
FC | ISBN: 978-1-4012-8590-6