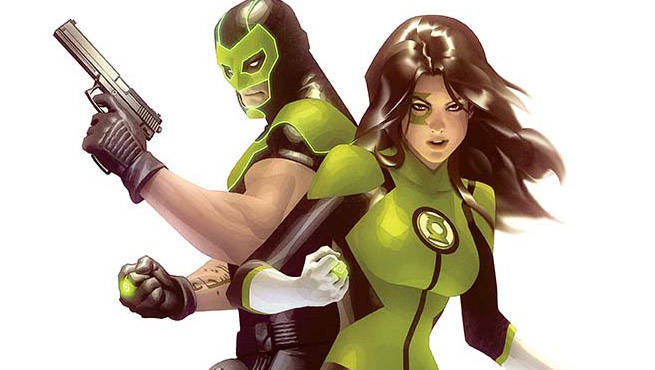 This comes courtesy of the greatness that is Collected Editions, we know now just how many issues will be collected in the first trade paperback edition of Green Lanterns! The “Rage Planet” storyline just wrapped up this week and that will be the cap off to this collection. Hit the jump below for the full description for that and the first Justice League trade.

JUSTICE LEAGUE VOL. 1: THE EXTINCTION MACHINE TP
Written by BRYAN HITCH
Art by TONY S. DANIEL, BRYAN HITCH, JESUS MERINO, MATTHEW CLARK, SANDU FLOREA and SEAN PARSONS
Cover by TONY S. DANIEL
In these stories from JUSTICE LEAGUE: REBIRTH #1 and issues #1-5 of the new series, a new day dawns for the Justice League as they welcome a slew of new members into their ranks. The question remains though, can the world’s greatest superheroes trust these new recruits? And will the members of the League be able to come together against an ancient evil that threatens to reclaim not just the world, but the entire universe?
On sale JANUARY 18 * 168 pg, FC, $16.99 US

Leave a Reply to Collected Editions