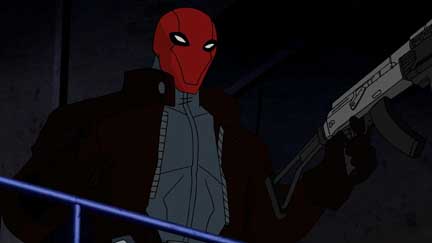 Batman: Under the Red Hood will be the next installment in Warner Home Video’s animated films based on DC Comics properties.
Judd Winick wrote the film, based on his own comic-book story. The film will be directed by Brandon Vietti.
“This is definitely the darkest movie I’ve worked on for DC,” Vietti told The Continuum. “It takes Batman into a very dark place.”
The cast include Bruce Greenwood as Batman, Jensen Ackles as Red Hood, John DiMaggio as the Joker, Jason Isaacs as Ra’s Al Ghul and Neil Patrick Harris as Nightwing.

0 Responses to “Batman: Under the Red Hood”